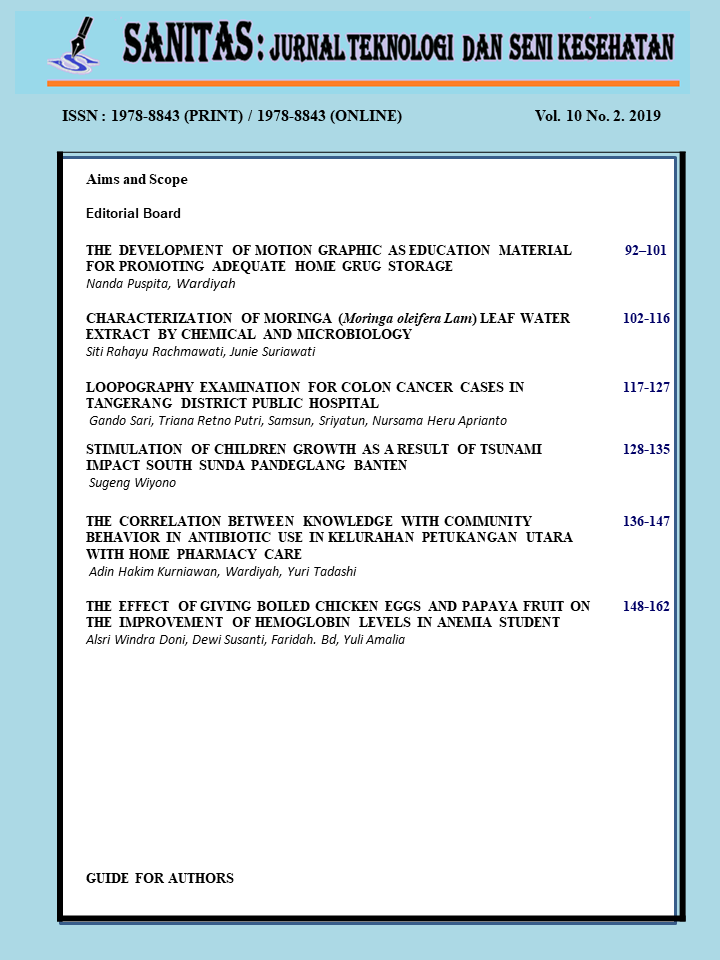 Inappropriate drug storage at home is a common health problem in the community. Improper storage of drugs may affect the quality of the drug. Pharmacist, as a drug informer, plays an important role in providing education about how to store medicines. This study aims to develop educational media in the form of motion graphics and analyze the effect of media to improve the knowledge of drug storage in housewives. The research was conducted in three stages; media development, content revision, and media testing. The media was developed with drug storage material compiled by two experts. Then the content, appearance, and duration are evaluated. To find out the influence of the media in increasing knowledge about drug storage, quasi-experimental was applied with a one-group pretest-posttest design in October 2019 for 28 housewives. From the results of snowball sampling, it is known that the average age of respondents was 43 years, with a range of 18-58 years and the majority were high school graduates (67.9%). Knowledge of respondents was assessed using a knowledge questionnaire. The motion graphic media has a significant influence on increasing the knowledge of housewives regarding the correct storage of drugs. This is indicated by a significant difference in the pretest (67.85) and posttest scores (83.67) after watching 3-minute motion graphic shows (p = 0.001, Cl 95%).

This work is licensed under a Creative Commons Attribution-NonCommercial-ShareAlike 4.0 International License.